BEST ATHLETES CRITERIA: The individuals recognized in this section of the Naper High School Sports History have been identified as athletes who excelled in multiple sports at NHS or achieved notable school record level performances in at least one sport and also performed at a high level compared to their peers at NHS in the same decade. The bar for recognition has been raised with the passage of time as practice and event facilities have been upgraded; athletic training, conditioning, and equipment have improved; more competitive contests have been added; scoring has increased; and records have been broken. For example, basketball arenas have evolved from “cracker box gyms” still prevalent into the 1960’s where outside shooting was difficult for fear of hitting the ceiling to today’s modern spacious courts with improved floors and backboards. No Naper basketball player reached the 30 points in a game threshold until 1967 but it has been accomplished numerous times since then. Running tracks have evolved from plain dirt surfaces to excellent artificial surfaces through the years as well. NHS track & field records have been continuously broken through the years.  Comparing athletic accomplishments of the 1940’s and 1950’s to the 1960’s, 1970’s and 1980’s would be like comparing apples and oranges. NHS athletes prior to 1957-58 did not have the benefit of competing in three organized sports each year where their competitive achievements could be well documented. Thus, the athletic achievements of some of the early athletes profiled in this document may not appear to compare favorably to later decade performances.

NOTE:  No NHS athletes who competed in the 1930’s or 1940’s are included in this section of the school’s sports history. This doesn’t necessarily mean NHS didn’t have some good athletes in the early years; it just means their accomplishments cannot be documented.

Similarly, it was difficult to find very much significant information on many NHS athletes that competed in the 1950’s. For example, the following athletes might deserve consideration but little documentation is available to support their cases: (1) Bill Cerny (Class 1952) and (2) Garry Jeffords (Class 1952) are believed to be first NHS basketball players to score in double figures in multiple games during their NHS careers. (3) Russ Whitley (Class 1954) scored 42 points in two games in the 1953 Boyd County Basketball Tournament with 23 points coming in a losing cause against  Spencer in the Championship game of the tournament (believed to be the school single game scoring record at the time). (4) Melvin Bentzen (Class 1958) was already a senior when NHS fielded their first modern day football team in 1957. He scored three rushing touchdowns totaling 145 yards in a win over Lynch (including one for 60 yards) setting a baseline school records in all three categories. In addition, Melvin was also named to the Niobrara Valley Conference All Conference basketball team his final year in high school scoring 16 points in both games of the 1958 Boyd County Tournament (48-46 OT win over Butte and 54-65 loss to Spencer in the Championship game). He also scored 22 points in Naper’s 46-44 win over Niobrara his junior year breaking a two year winless streak for NHS. (5) Jim Sattler (Class 1960) made both the NVC All Conference basketball and football teams his senior year (believed to be the first NHS athlete to make two all conference teams in one season) but few details regarding his NHS sports accomplishments could be found. There may be a few more NHS athletes from the 1950’s that deserve consideration but little documentation is available to warrant their addition to this list. 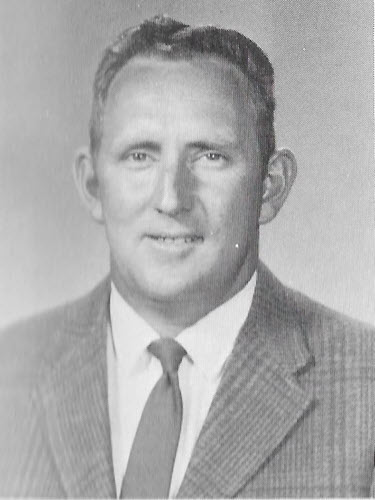 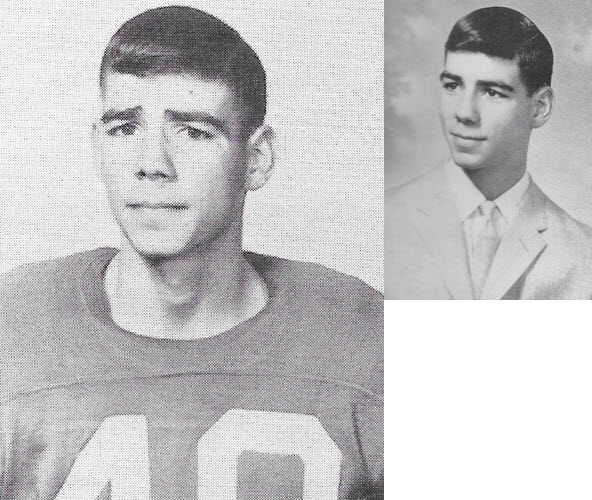 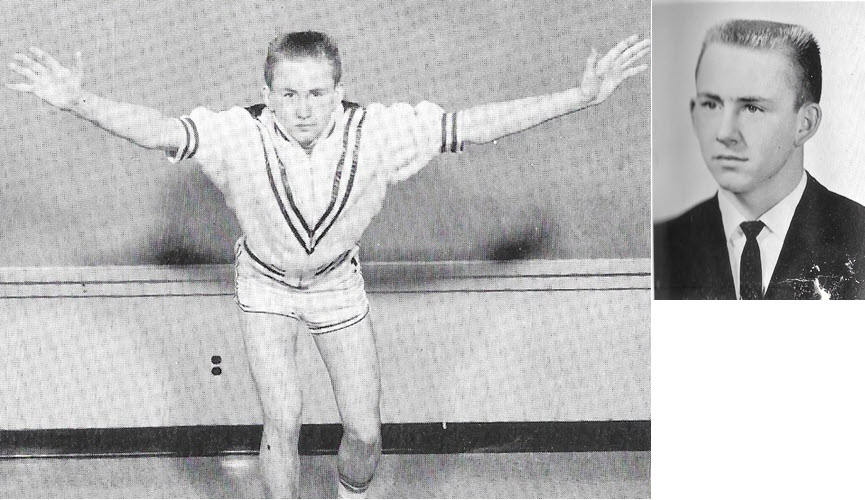 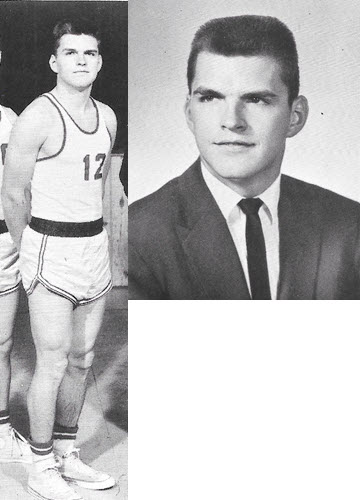 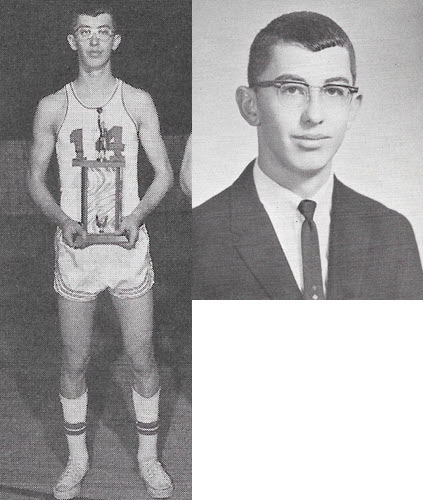 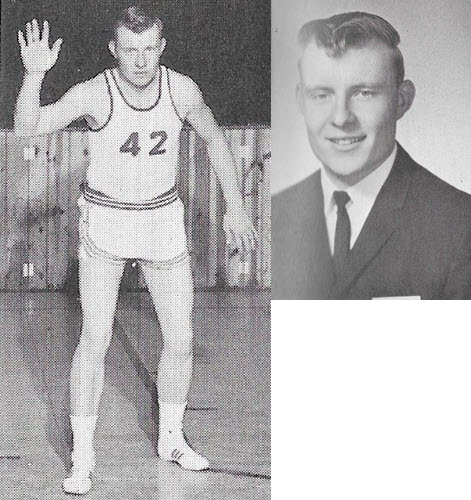 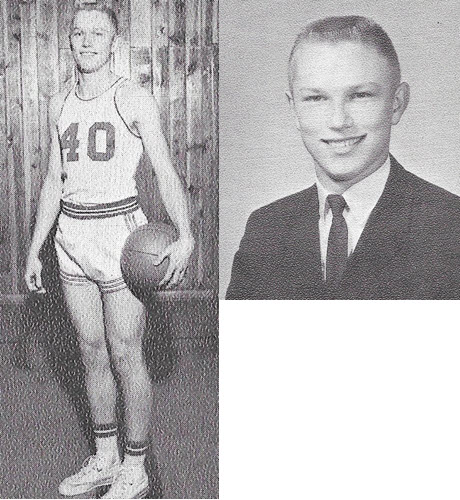 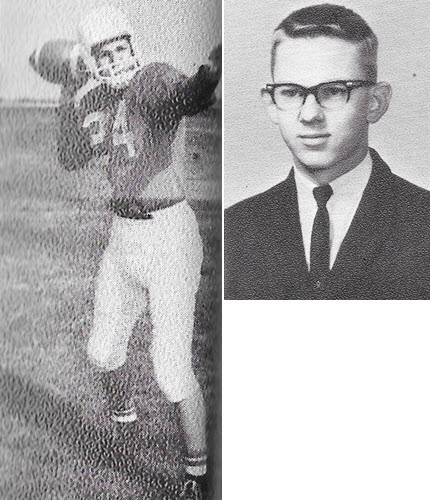 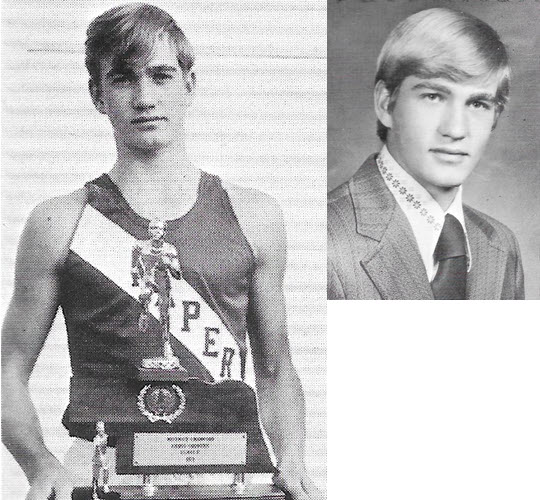 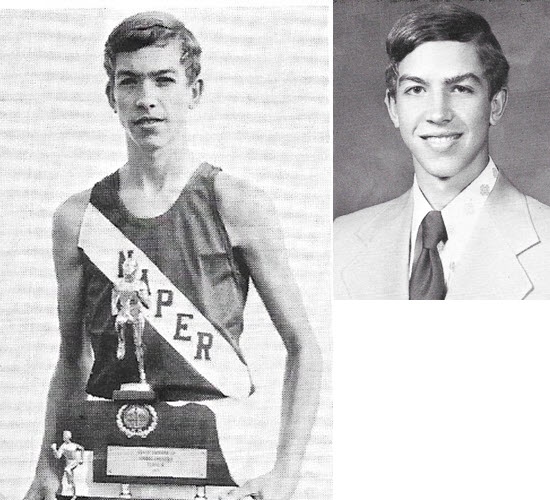 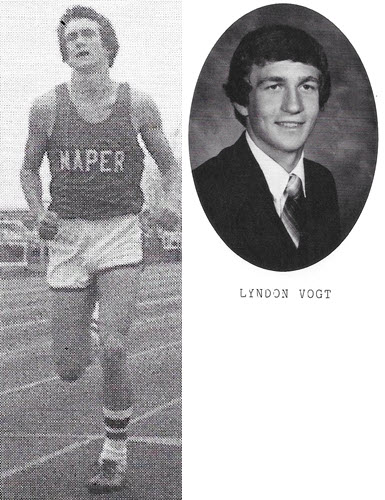 Mike Sieh (Class 1983):
Basketball: Starting five forward/center 1980-81, 1981-82, and 1982-83. Believed to have set the Naper High School record for the highest per game scoring average in a season in 1982-83 (possibly as high as 27 points per game); however, documentation can only be found for about half the games played his senior season. Almost certainly averaged more than 23 points per game during the 1982-83 season which would still set the Naper High School single season record. Scored 34 points vs Spencer, 32 points vs Stuart, 30 points vs Clearwater (District Tournament), 29 points vs Lynch, 21 of Naper’s 33 points vs Spencer in the 1983 Boyd County Tournament, and 19 points vs Cody before sitting down in a 64-30 District Tournament win over Cody as a senior. Believed to have more 30+ point games with a high of 36 points in 82-83 but documentation has yet to be discovered to verify these numbers. Also scored 28 points vs Stuart and 22 points vs Keya Paha County as a junior. 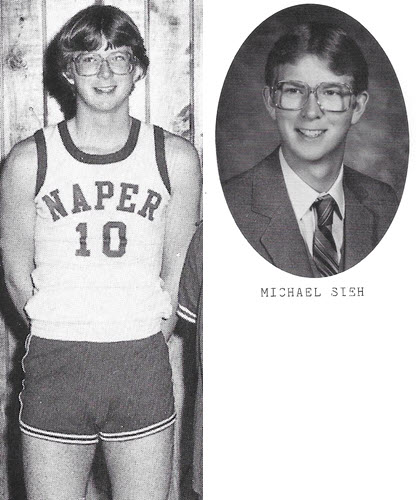 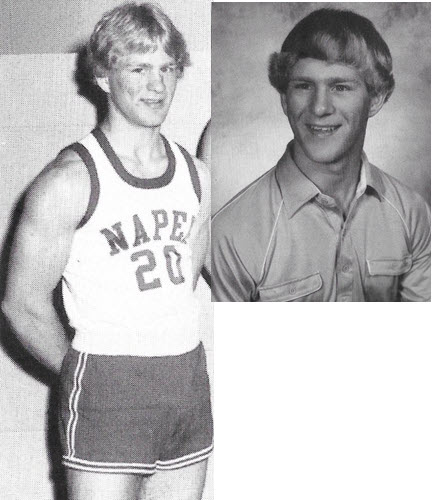